After the San Francisco Giants beat the Boston Red Sox on Wednesday, it marked the 2,000th career win for Bruce Bochy. This makes him the 11th skipper in baseball to record these many wins. Bochy’s career record now sits at 2,000-2,022 for a winning percentage of .497. Furthermore, this makes the Giants’ manager the third member of the illustrious 2,000-win club with a career record below .500. He joins Bucky Harris and Connie Mack who have .493 and .486 respectively. 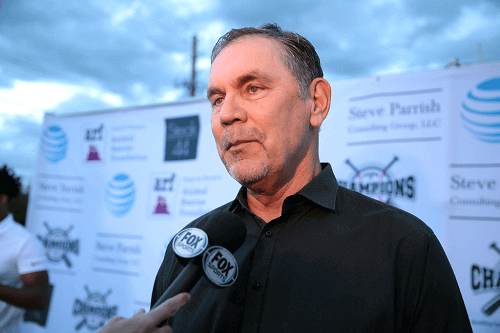 Bruce Bochy Racking in the Records

Additionally, Bruce Bochy is one of eight managers to have overseen at least 4,000 baseball games. Bochy, who will be retiring soon, joins 10 other MLB managers who are enshrined in the Hall of Fame.

The only MLB manager born in France, Bochy’s first role as a manager was with the San Diego Padres in 1995. Subsequently, he secured his first win on April 27 that year. Bruce Bochy spent a total of 12 years with the Padres where he recorded 951 career wins. He led the team to three National League West victories and the 1998 NL pennant. The Padres have not been the same without him.

In 2007, Bochy joined the Giants and molded a very successful team. He led them to three World Series championships between 2010 and 2014, ending the San Francisco Giants’ 55-year title drought.

Bruce Bochy remains the San Diego Padres’ most successful manager with 951 wins and managed the most games at 1,926. Now, we’re sure Bochy has his eye on the next record – claiming the all-time wins list. This is if the Giants can go 9-1 over their last 10 games.

For more US sports news, keep it here at BestUSSportsBetting.com.