Both teams come into the Cleveland Cavaliers at Milwaukee Bucks game with the same records – 1-1. The Cavaliers surprised everyone paying attention to the NBA by winning against the Indiana Pacers on Sunday 110-99. Currently, Cleveland is second in the Central Division. They will be travelling to Fiserv Forum in Milwaukee to play the Bucks who are first in the same division. However, the Bucks are coming back from a 131-126 loss to Miami Heat on Saturday. 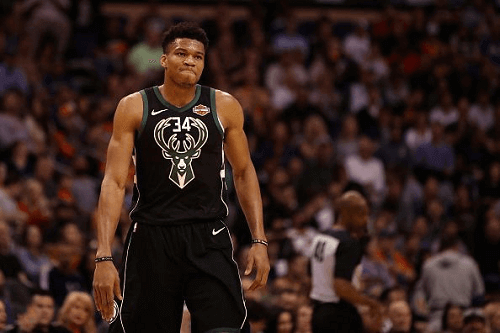 In terms of scoring, the strongest offensive players from both teams have been performing well. For the Cavaliers, Tristan Thompson scored 25 points and had 13 rebounds, both team highs. First round pick from this year’s draft Darius Garland looks like he’s settling in. He scored 12 points and had 4 assists.

On the other hand, 2018 MVP Giannis Antetokounmpo leads the Bucks’ points tally with 29 scored, 17 rebounds, and 9 assists.

Before we can get into making any predictions, let’s take a look at some key statistics:

So, by looking at the numbers, it looks like the Milwaukee Bucks are stronger offensively and defensively against the Cleveland Cavaliers. In fact, it seems like no one is expecting the Cavaliers to win more than 25 games this season. The Bucks had a great season last year, setting the best record in basketball. After all, they lost to Miami because of Antetokounmpo fouled twice, dampening the Bucks’ offense and allowed Miami Heat to score. However, Antetokounmpo will be as unstoppable during Cleveland Cavaliers at Milwaukee Bucks.