We’ve entered Week 9 of the NFL and it’s been an exciting spectacle so far. We’ll be looking at the fantasy football Week 9 quarterback rankings.

The New England Patriots (obviously) decimated the Cleveland Browns, the Pittsburgh Steelers nearly lost to the Miami Dolphins, and the Kansas City Chiefs are struggling without quarterback Patrick Mahomes. Last week we looked at the fantasy football defense rankings. This time it’s all about the quarterbacks and which ones to consider adding to your fantasy football roster this week. 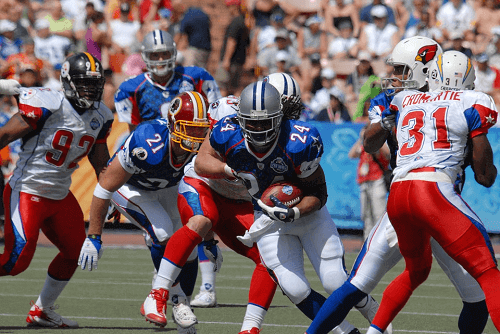 With Dallas Cowboys quarterback Dak Prescott facing the New York Giants defense, how much damage will he wreck? After all, the Giants have the top 10 worst defense lines against quarterbacks. They’ve allowed the fourth-most passing yards to them.

Let’s take a look at how the fantasy football week 9 quarterback rankings fair.

Below are the half PPR early rankings for week 9.

Which fantasy football Week 9 quarterback streamers will pick up and start?