It’s a Western Conference match up tonight with the Los Angeles Lakers at Denver Nuggets. The Los Angeles Lakers come into the game off a loss against the Dallas Mavericks, ending their 10-game winning streak. They lost 114-100, and now their record sits at 17-3. They’ll be playing the Nuggets at the Pepsi Center in Denver, Colorado. 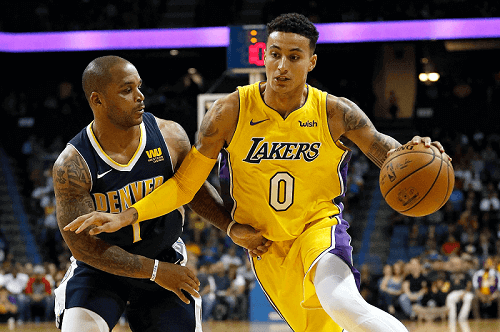 The Lakers offense was led by Anthony Davis who recorded a double-double in the game. He had 27 points and 10 rebounds. In their game against the Mavericks, they shot 46% from the floor and 26% of their point in that game from the 3-point line. They were out matched by Dallas when it came to shooting from the arc, with the Mavericks making 17 while the Lakers made a paltry 7. Furthermore, they were also out rebounded with Dallas recording 60 to the Lakers’ 50.

The Denver Nuggets also come into this game off a defeat. They lost to the Sacramento Kings 100-97, putting their record at 13-4. Offensively, the Nuggets were led by Gary Harris. He made 8 out of 16 shots from the floor and 5 of 6 from the foul line totaling 25 points. In terms of shots from the floor, the Nuggets did better than the Kings, making 41% vs. the 38% by Sacramento. However, Denver were out rebounded by the Kings 63 to 57 and gave up 13 offensive boards to the Kings.

Let’s take a look at some key team statistics.

Before we go ahead with our prediction and pick, let’s look at some team stats to see how the Los Angeles Lakers at Denver Nuggets fairs up on paper.

Watch highlights from the last time it was Los Angeles Lakers at Denver Nuggets.

For more of the latest on US sports, keep it here at BestUSSportsBetting.com.