On Saturday, October 12, it’s (hopefully) going to be Michelle Waterson vs. Joanna Jedrzejczyk as the UFC main event. They’ll be facing each other on ESPN+ 19 at the Amalie Arena in Tampa, Florida. However, there’s a bit of controversy surrounding the fight, which could be switched out at the last minute.

Former UFC strawweight champion Jedrzejczky informed the UFC more than a week ago that she wouldn’t be able to make the non-title limit weight of 116 lbs for her bout with Waterson. On the other side, Waterson is refusing a catchweight agreement and has turned down replacement opponents Mackenzie Dern and Amanda Ribas, the only other strawweight fighters on the matchup card. 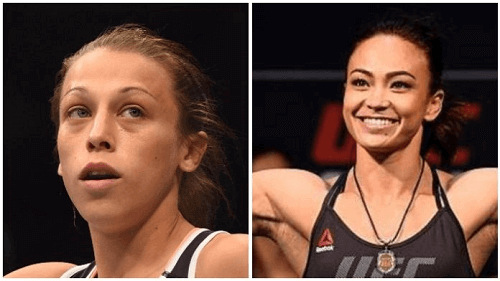 However, Jedrzejczky’s camp says that the fighter is going to give it a chance and try to make 116 lbs by Saturday.

Looking at the two fighters’ records, Waterson won her last three out of her five most recent fights, with the most recent taking place in March 2019 against Karolina Kowalkiewicz.

On the other hand, Jedrzejczky has lost three out of her five most recent fights, with the most recent one being a loss against Valentia Shevchenko in December 2018.

Those who will be placing money on this fight – and if it happens – are backing Waterson. She’s ready and waiting for Jedrzejczky who is still struggling to meet the minimum weight requirement. Furthermore, Waterson’s track record over their most recent five fights is stronger compared to her opponent’s.

Watch MMA Junkie’s take on the possible match up.