The NHL Eastern Conference is one of the two major conferences in the National Hockey League. Formerly known as the Price of Wales, it consists of two sub-divisions, namely the Atlantic division and Metropolitan division. The Eastern Conference NHL looks vastly different from when it was initially created. It’s currently arranged so that all the conference teams are located on the eastern half of the USA and Canada. Currently, there are 16 teams in this conference.

What will set you apart from other US bettors wagering on the Eastern Conference is learning about the conference’s history, stats, and how each team performs at the playoffs. The Division finals is what will guide you when picking the NHL futures for the winner of the Stanley Cup. This is the equivalent to the Super Bowl of hockey. Let’s take a look at what bets you can place, the latest 2019/20 betting odds, and the teams you’ll find in the Eastern Conference NHL standings.


What you’ll find in this NHL Eastern Conference guide:

When betting on the NHL Eastern Conference, and the hockey in general, there are a few bets that are very popular. To take part in the betting action:

There are four popular NHL betting lines that fans of the sport like to wager on. Let’s take a look at them below:

These are the latest NHL odds for the Eastern Conference. They reflect the NHL betting odds on each team at the time of writing from MyBookie, one of our top recommended sports betting sites. The current holders of the Stanley Cup are the St. Louis Blues from the Western Conference. They beat the Boston Bruins 4-3.

Learn more about the Western Conference

There are 16 teams in the conference, each divided into two sub-divisions – the Atlantic division and the Metropolitan division. These are the teams according to division: 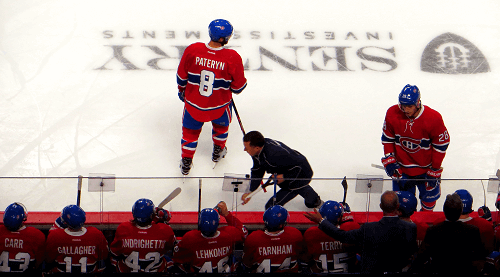 Let’s take a look at the 2019/20 NHL regular season standings of the Eastern Conference.

The division was founded in 1974 and back then it was known as the Prince of Wales Conference. Here, teams played for the Prince of Wales trophy which dates back to 1925. This changed during the 19821-82 season where the champion of the Eastern Conference NHL was decided by playoffs. Here, the best four teams from each division in the Eastern Conference play against each other in the playoffs. They the two winning teams move to the Division finals and after that they face off for the Conference Trophy.