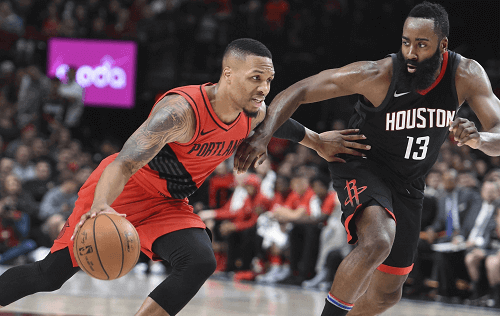 In tonight’s interconference clash, it’s the Portland Trail Blazers at Houston Rockets. The Trail Blazers have a 5-8 record and are coming off a 121-116 win against the San Antonio Spurs. The leading scorer in that match for the Trail Blazers was CJ McCollum. He got a total of 32 points, 6 rebounds, and 7 assists. They were 42 of 93 from the floor, for 45%. The team scored a total of 13 3-pointers which overshadowed the 5 from the Spurs. However, Portland is plagued with injuries. Will they be able to continue their eight-game winning streak against Houston tonight?

The Houston Rockets are riding on a seven-game winning streak and are looking to extend it to eight. With a record of 10-3, they are leading in the Southwest Division. The Rockets are coming off a 125-105 win over the Minnesota Timberwolves, and James Harden kept on finding the back of the board. He scored a total of 49 points and had 5 rebounds and 6 assists. Their shot from the floor percentage was at 46% and 39% were from the deep. Furthermore, they scored 7 goals from beyond the arc. Will Harden be able to break through Portland’s defense and keep up with his prolific scoring?

So, before we pick who we think is the better team, let’s take a look at some key statistics about each NBA team.

While the Portland Trail Blazers signed Carmelo Anthony, he won’t be playing in tonight’s game. Both Portland and Houston have a low ranking defense in terms of points allowed, both teams average over 112 points per game, and both have a high 3-point shooting percentage. However, we think that the Trail Blazers are going to have a hard time stopping Harden. It’s going to be our favorite type of game – a close one that’s high scoring.

Our Pick – Totals Over Bet: Even though we’re rooting for Houston here, we think the scoreboard will be over.

Watch highlights from the last time it was the Portland Trail Blazers at Houston Rockets.


For the latest US sports news and betting odds, keep it here at BestUSSportsBetting.com.