Home » Basketball Betting in the US » WNBA

The Women’s National Basketball Association (WNBA) is the top tier level of women’s professional basketball. However, the audience for WNBA betting is comparatively small, especially when you compare it to the men’s NBA. But this still doesn’t take away from the fact that the WNBA is probably the most popular women’s basketball league in the world.

WNBA betting is also one of the least wagered on markets you’ll find at online sportsbooks. But most basketball betting sites that cater to US bettors will find it. WNBA lines are the same as those available for the NBA or college basketball. Even though the betting market is small, there is still money to be won betting on the WNBA.

With only 12 teams in the league and a shorter season running from June to September, it’s fairly easy and stress-free following your favorite or chosen team. BestUSSportBetting.com’s guide to WNBA betting will look at the best US sportsbooks offering WNBA betting, some tips, the most popular bets, and the history of the league.

As we mentioned, all top online sportsbook that cater to the American bettor will have WNBA lines for you to bet on. It’s just that the market is small so you won’t find many people betting on this league. However, this shouldn’t stop you from pursuing WNBA betting. There’s also some money to be made here.

Below is a list of our recommended best betting sites to wager on the WNBA.

What you’ll find in this WNBA betting guide:

Betting on the WNBA Online

WNBA betting is just as exciting as other basketball leagues. And because the league is so small, it means that the competition is nail biting and tough. If you’re new to WNBA betting, follow this guide on betting on the WNBA.

Betting on the women’s NBA league is considered betting in a small market. This doesn’t mean that you won’t make any money betting on WNBA lines and markets. It just means that there fewer betting markets. Here are some things to consider when betting on the WNBA:

Below are the common markets US bettors will find at WNBA betting lines.

This bet type is used when teams are unevenly matched. The weaker team (underdogs) are given a certain number of points so that if they so lose bettors can still win their bet. The stronger team (favorites) have the same amount of points taken away. Mostly, you’ll find it in the -105 to -110 range on either site. The team with a plus sign is the underdog while the one with the minus sign is the favorite. For example, New York Liberty has +3.5 points while Los Angeles Sparks has -3.5 points. 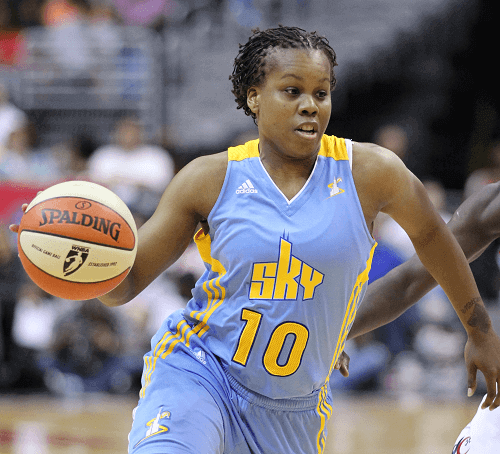 Here, bettors have to pick the winner of the game. They are given odds to reflect who the underdog and favorite is on the sportsbook. So, if the odds on the NY Liberty team are at +160 while the Sparks have a -180 on them, then it means the Sparks are the favorites to win. Also, betting on the underdog means that you’ll win more money – bet on New York Liberty to win and you’ll get $160 for every $100 you bet. While betting on the Sparks means that you’ll have to bet $180 to win $100.

Over/under bets – also known as totals – are about predicting whether your team will score more or less than the sum total score at the end of the match. So, using the Los Angeles Sparks and New York Liberty as an example, at the betting sites, you’ll commonly see the final results written like this:

The final score of the game is 180, 30 points shy of the predicted total. If you bet on the Sparks, you’ll lose you bet.

Futures bets are about predicting who will win the Eastern, Western Conference Championships, or the WNBA Championship. These are placed well in advance at the very beginning of the season.

Usually, prop bets are for entertainment purposes and wager on events that don’t directly affect the final outcome of the game. You can bet on what the score will be at halftime, will a team’s score be an odd or even number, or when a specific player will score.

Check out our guide on other basketball leagues:

The WNBA was formed in April 1996 with their first ever season being played the following year. It was one of the NBA franchises until 2002, when it was sold to private owners. Currently, only eight teams out of the total 12 teams in the league qualify for playoffs. Then, those begin with a single elimination tournament in the first two rounds. When it gets to the semi-finals, the format switches up and they play best-of-five games. The finals are also a best of five series as well, with the champions of the two conferences.