Fantasy soccer betting is a very popular pastime in the UK and Europe. Now, its popularity is rising in the US, making some smart and lucky bettors rich. Betting on fantasy soccer is about putting together an imaginary team of your favorite real-life soccer players. This makes the experience of following a soccer season all the more exciting and engaging. 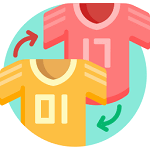 Fantasy soccer betting has grown over the years in America thanks to the creation of the Major Soccer League (MLS), the country’s own soccer league. Additionally, the rise of daily fantasy soccer leagues on large and established fantasy sports websites like DraftKings has made it easier for US bettors to take part.

What you’ll find on this fantasy soccer page:

Fantasy Soccer in the US Compared to Europe

Obviously, soccer has a much bigger fan-base in Europe than in America. Consequently, this has an effect on who dominates the fantasy soccer market and how it works in the two different regions.

European fantasy soccer betting lasts throughout the entire soccer season. While here they are just over a weekend. What remains the same are the rules and bets, which are simple and similar. Bettors get a bankroll and draft a minimum of three line-ups.

This is the men’s professional soccer league in North America. There are 24 teams – 21 from the US and 3 from Canada – that compete against each other from March until November when they play for the MLS Cup final. The growing popularity of the league has given fans of fantasy sports betting another sport to wager on, using some of the best local soccer players.

Wherever you play fantasy soccer, the rules are pretty much the same as with other fantasy sports. You have to create a roster of players using a salary cap (budget), earn points based off your players’ performances, and win your league. Basically, it’s like owning your own dream team soccer club.

Let’s take a look at some of the basic guidelines that will help you become a great fantasy soccer bettor. The MLS will be our soccer league which comes in handy as it removes the time zone differences, allowing you to follow the action live. 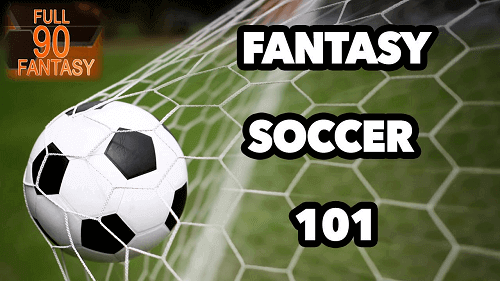 Building a strong team requires a lot of research. This makes drafting a team a bit more complex. Unlike other major soccer leagues in Europe, statistics on the MLS aren’t as readily available. Therefore, the only way of gaining a good insight into the league is by watching as many games as possible.

Drafting your dream team first starts with a salary cap i.e. budget. Once you’ve signed up with your favorite sportsbook, you’ll be given a salary cap of usually $50,000. You’ll use this to buy players for your team. It’s up to you how much of your salary cap you spend but you aren’t allowed to spend more than you have. Other rules that come with drafting your fantasy soccer team include:

Point scoring systems may differ according to the game and sportsbooks. Therefore, it’s important that you study their scoring system well before drafting your team. However, points are usually given for:

Fantasy soccer leagues are about creating your own dream team that will go up against other teams in the league. By the end of the season – or game – the team with the most points wins. There are various kinds of fantasy leagues you can join and start betting on. Mainly, there are private and public leagues.

Furthermore, there are private leagues are for the more experienced bettors who go head-to-head with friends, colleagues, and other seasoned fantasy soccer players.

On the other hand, there are public leagues. These can be joined at online fantasy sports betting sites. They’re a great place to start for novices to practice.

Let’s take a look at some of the more commonly asked questions about fantasy soccer betting.

Is fantasy soccer betting legal in the US?

Yes, playing fantasy soccer is legal. Along with other fantasy sports betting, it is legal in most states. Our recommended sports betting sites only operate in states where fantasy sports are considered games of skill and not gambling. Furthermore, it wasn’t listed in the Unlawful Internet Gambling Enforcement Act (UIGEA) of 2016 list of banned games.

How do I learn fantasy soccer?

Many websites, like ours, offer free guides on how to play fantasy soccer. Additionally, you can ask your friends, family member, or colleague that’s into fantasy soccer to show you the ropes and invite you to leagues.

Is there a free version of fantasy soccer?

There are free versions available at all major fantasy sports betting sites. However, there won’t be any real money winnings to cash out. Think of the free version as a platform that helps you practice drafting the right team and get better at the game. Once you’re confident with your skills, you can make the switch to real money mode where you can start making some real money winnings.