Fantasy baseball betting has a long tradition in the US, starting in the 1970s. It became even more popular in the 80s and 90s. And now with the rise of the internet and mobile technologies, it has grown even more in popularity. 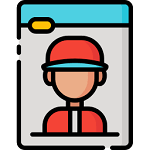 Tracking things like player and team statistics has become much easier for fantasy baseball bettors thanks to the internet. Ultimately, this has resulted in a complex and highly competitive betting environment. However, here at BestUSSportsBetting.com, we’ll break it down for you so that you can join in in this lucrative and exciting sports past time. Read on for more on fantasy baseball, how to bet on it, and a basic strategy to get you started.

Below we’ve rounded up some of the best fantasy baseball sites offering great lines for both the novice American bettor and the pro.


What you’ll find in this fantasy baseball betting guide:

How to Bet on Fantasy Baseball

The goal of fantasy baseball is to put together the best Major League Baseball (MLB) team using real professional baseball players. Furthermore, you want to score more points than your competitors which are based on the real-world performance of your selected players. Below we break down for you how fantasy baseball works.

You don’t have to worry about scoring yourself. It’s done automatically and can be tracked in-play on your chosen fantasy baseball betting site. Lately, most sites offer mobile web versions, so you can check up on the action on-the-go.

Types of Leagues and Rosters

While a league of eight, 10, or 12 teams is common in fantasy baseball betting, a league can contain up to 20 teams. Usually, fantasy baseball, much like other fantasy sports, is broken up into leagues, divided by their scoring methods. These are:

The most common league in fantasy baseball is Categorical. Here, performances are divided into categories rather than individual statistical points. Another name for it is a rotisserie or roto league.

In term of the roster, these can also vary depending on the league you’re betting in. Usually, in a roster, there are: 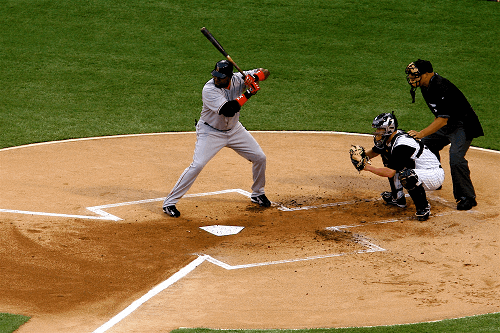 This is a basic strategy to get you started on your journey into fantasy baseball. Firstly, you’ll want to have a great line-up. The key to owning a successful fantasy baseball team depends on your players.

A hitter will be your key to scoring big. It requires big bats or clever ones in the very least. When looking at a hitter, consider these three options:

Finally, hitters to look out for are those that walk often, strike out rarely, and can run.

Mainly, there are three factors to look at when picking a pitcher in fantasy baseball betting:

Something else to consider when picking a pitcher is if they young high-skill pitchers in new starting roles. Look out for:

Once you’ve got the basics down, there are a few fantasy baseball betting platforms that accept American bettors. Make sure you read up on the different players and join a mock baseball draft league. They have tons of variations that will help you practice different situations. And remember to have fun.