Fantasy hockey betting is a great addition to the wagering action around hockey, not just in the US but globally as well. Also, it has added another dimension to watching National Hockey League (NHL). 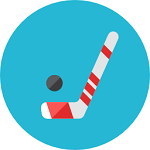 In our guide below, we’ll take a look at how fantasy hockey works, a basic strategy behind it, and the top games in NHL betting. Let’s guide you through drafting your first nine-man fantasy roster for betting.

These are the top fantasy hockey sites you’ll find on the net for US bettors. We’ve vetted them so that you don’t have to.

What you find in this fantasy hockey betting site:

How to Play Fantasy Hockey

Below, we’ll take a look at how does fantasy hockey work. We’ll run through a step-by-step process that takes the guess work out of figuring it out.

When it comes to drafting your fantasy team, it’s best to go in with a simple strategy. This will help you stay focused with all the action going on around you.

Like with other fantasy sports betting, fantasy hockey has its own custom leagues set up by individual players, to large Guaranteed Prize Pool (GPP) tournaments. There’s a lot of money to be won in the GPPs set up by the online gambling sites, betting in the head-to-heads where the winnings may be small but it’s a more practical league to grind in.

Picking your skaters is also another important aspect of your fantasy hockey strategy. Ideally, you’ll want to get skaters from teams that have a high over/under game. Also, find a situation where one team has better power play and are playing against a significantly poor penalty kill percentage. Furthermore, look for as many forwards and defensemen that skate on the first line.

The most difficult to master is finding those bargain bin players. Pay very close attention to a team’s line and take note of whether a cheap player is playing in the first or second line. Furthermore, if a player that usually plays the third line is now projected to skate in the top line and first power-play unit, go for them.

NHL fantasy hockey is a hotly contested fantasy sports betting arena. Let’s take a brief look at the two conferences that make up the league.

The Eastern Conference has a rough play style more than its offensive prowess. Players from this division make up a huge part of the fantasy hockey draft pool. It’s home to the Pittsburgh Penguins’ Evgeni Malkin, Ottawa Senators’ Erik Karlsson, and Montreal Canadian’s Carey Price.

A high scoring offense is more the style of the NHL’s Western Conference division. In the 2015-16 NHL season, seven of the top ten scorers were from this conference. In the Western Conference, you’ll find San Jose Shark’s Joe Thornton and Calgary Flames’ Johnny Gaudreau to name a few.