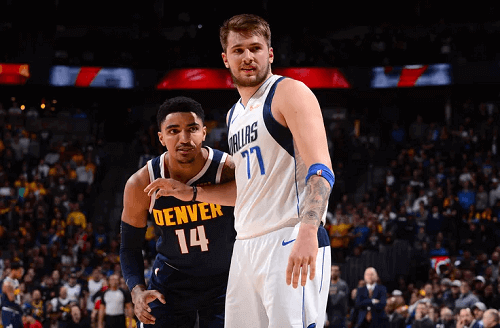 In tonight’s inter-division clash, it’s the Denver Nuggets at Dallas Mavericks. The Nuggets are on the road tonight again after coming off a 123-115 win against the Atlanta Hawks. They are hoping to extend their winning streak to two games. In their win against Atlanta, Denver’s leading player on offense was Nikola Jokic. He was 15 of 25 from the floor, scored 47 points, and 11 foul shots. Denver shot 51% from the floor and 33% from beyond the arc. Furthermore, they managed to out rebound the Hawks 41 to 34.

The Dallas Mavericks are coming into this game also off a 118-110 victory against the Chicago Bulls. Also, they’re hoping to extend their winning streak to two games. Against the Bulls, Luka Doncic led the Mavericks’ offense. He converted on 14 of 24 attempts, knocked 5 foul shots, and scored 38 points. Doncic also secured a triple-double with 11 rebounds and 10 assists. The Mavericks shot 52% from the floor and 39% from distance. However, Dallas was out rebounded by Chicago 50 to 49. They seemed to have won the game on their three-pointers, landing 16 of them while the Bulls only managed 9.

Who will be the stronger team and bag another win? Let’s take a look at how each team has been performing so far.

Before we can make our predictions, let’s take a look at some key stats about the Nuggets and Mavericks.

So, looking at these stats we can see that the Mavericks are pretty strong offensively while the Nuggets have a strong defense. Both teams seem to be fairly equally matched and this is going to be a close game. Since the Mavericks are playing at home, we’ll side with Dallas but they’re going to have to work for it.

Can’t wait until the Nuggets vs. Mavericks game? Watch highlights from the last time these two teams played against each other.


Get the latest US sports odds and news here at BestUSSportsBetting.com.