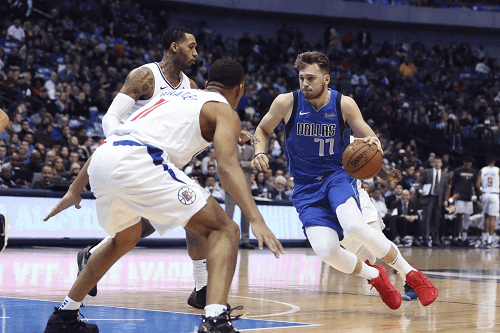 With both teams coming into the match-up off a five-game winning streak, the LA Clippers at Dallas Mavericks is sure to be an interesting game to watch. The Clippers will be at the American Airlines Center in Dallas, Texas tonight; hoping to secure their sixth victory against a growing Mavericks side.

The LA Clippers have a 12-5 record and are coming off a 134-109 win against the New Orleans Pelicans. Montrezl Harrell was the leading scorer with 34 points, with 13 of 18 from the floor and made 8 of 20 from the foul line. Moreover, he pulled 12 rebounds. Against New Orleans, Los Angeles shot 47% from the floor and 37% from the three-point range. Furthermore, they rebounded the Pelicans 65 to 57.

On the other side of the court, the Dallas Mavericks have a 11-5 record, coming off a 137-123 victory against the Houston Rockets. Dallas’ offense was led by Luka Doncic who’s becoming MVP potential. He recorded a total of 41 points, made 15 of his 29 attempts from the floor, and had 10 assists. Against the Rockets, Dallas was shooting 48% from the floor and 38% from the deep. However, they were out rebounded by Houston 60 to 59. The Mavericks managed to win this game because they made 17 three-point shots while the Rockets made just 10.

Before we make any calls about this game, let’s take a look at some key stats.

So, looking at these stats, it looks like the Dallas Mavericks are going to win. They’ve been 4-0 ATS in their last four games and the LA Clippers have been struggling on the road, going 1-4.

Watch highlights from the last time it was the LA Clippers at Dallas Mavericks.

For the latest US sports news and betting odds, keep it here at BestUSSportsBetting.com.
Our Score
Our Reader Score
[Total: 13 Average: 3.6]