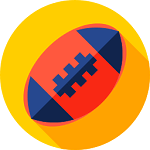 Known as the Black & Blue Division, the NFC North is a tough football division with intense rivalries. It is one of four National Football Conferences (NFC) that make up the second division of the National Football League (NFL). Additionally, it is the oldest division. The combined ages of its teams make it 344 years old. Formerly known as the NFC Central from 1970 to 2001, it was founded in 1967 as the NFL’s Central Division of its Western Conference. After the merger with the American Football League in 1970, it became the NFC Central which changed in 2001 to its current name.

Originally, the Tampa Bay Buccaneers were a part of this division but moved in 2001 to the NFC South. This division has been a representative of the blue-collar working-class part of America since inception. Let’s take a look at the NFC North division, it’s rankings and standings, and the current odds.


What you’ll find in this NFC North betting guide:

Since 2001, the teams that have made up the NFC North division are: 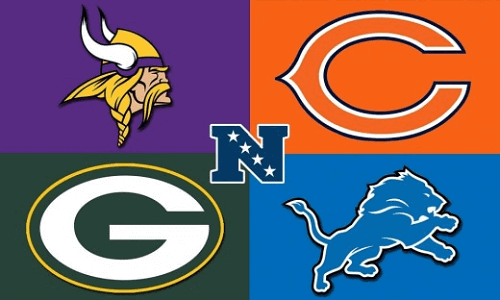 As we mentioned earlier, the teams in this division make it the oldest division in the NFL. The Bears and Packers were founded in 1919, the Lions in 1929, and the Vikings were founded in 1961. In total, it has appeared in the Super Bowl 11 times, with the Packers claiming the most (five appearances).

This division has three of the top 10 NFL teams with the highest winning percentage – the Bears, Packers, and Vikings. In terms of dominating the division, the Minnesota Vikings have the most NFC North wins with 20 titles. Let’s take a look at the current NFC North rankings and which team is leading in the North.

Again, the Green Bay Packers are touted as the team to win the division in futures bets. However, the Lions, a young team on the upswing, and the Bears with their healthy quarterback, means a lot of competition. 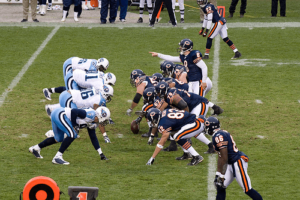 Odd of winning the NFC division are at +450, depending on your sportsbook online.

The Bears division is a tough one. With the return of quarterback Jay Cutler in good shape, and signing of offense player Matt Forte, the Bears have a fighting chance. On the other hand, their defense line may experience a minor hitch – their primary player Brian Urlacher is injured so let’s hope Julius Peppers can hold it together. 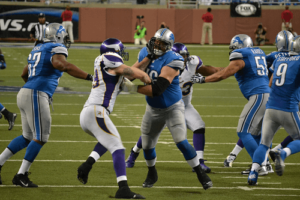 Lions odds of winning the division are at +450.

The Detroit Lions can thank quarterback Matt Stafford and WR Calvin Johnson. Johnson is considered the best WR in the league. So, with these two leading the charge, the Lions have a fighting chance. However, even though the defense line is young and talented, they still need to up their game if they want to dominate their division. 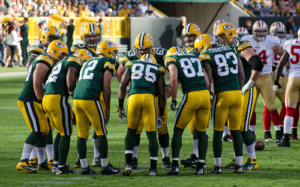 Odds of winning the division are at -350.

In terms of NFC North odds, the Packers are the favorites among oddsmakers to win. They have Aaron Rodgers as their quarterback, a great receiving corps, and a solid defensive line draft. The Packers’ division has added running back Cedric Benson, which is a strong addition to their team.

Oddsmakers have given the Vikings +2500 odds of winning their division.

It seems like sportsbooks don’t have any faith in the Vikings claiming top spot in the NFC North division. They had lost their star running back Adrian Peterson to a knee injury, while their quarterback Christian Ponder didn’t live up to expectations. However, they did have a solid rushing defense.

See our guide on the other NFC divisions: