Once considered the weakest division in both the AFC and National Football League (NFL), the AFC South division is now a top contender. It has moved from being the “laughing stock” of the NFL to being one of the best thanks to an influx of young talented players. 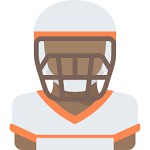 Formed in 2002, it’s made up of four teams much like the other three AFC divisions. Teams from the American Football Conference South are the Texans, Colts, Jaguars, and Titans. Before the formation of the this division, the Texans didn’t exist, the Colts were in the AFC East division, and the Titans and Jaguars were in the AFC Central division.

Below we’ll take a deeper look at the teams, the AFC South division standings, and some of the top betting tips to keep in mind when betting on this division.

For those looking for some online betting action on the South division, our recommended sportsbooks below offer some of the best odds.


What you’ll find in this guide on AFC South betting:

See our guides on other divisions in the AFC:

What Teams are in the AFC South? 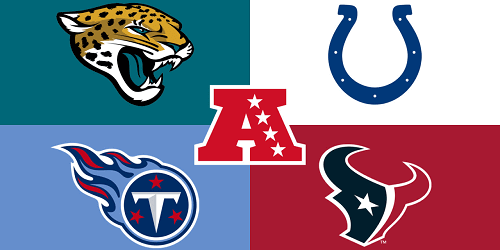 As mentioned earlier, there are four teams in the division. Formed in 2002, some of the teams were drawn in from other divisions when the NFL realigned divisions after expanding into 32 teams. 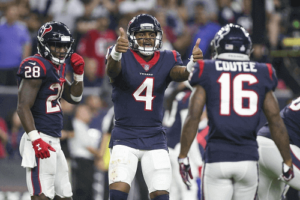 Odds of winning are between +185 and +190, depending on your sportsbook.

The Texans entered the AFC South division in 2002. They have four division titles to their name but haven’t won the big AFC Championship and Super Bowl. With Deshaun Watson as their quarterback and a strong defense, they can match up to anyone. 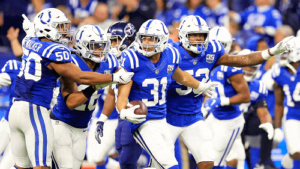 The Colts dominated the South league thanks, in part, to legendary quarterback Payton Manning. He led the Colts to six of their 16 AFC South titles. Moreover, they’ve won the AFC Championship seven times and the Super Bowl twice. However, their current ranking isn’t the greatest as their star quarterback was out because of a shoulder injury. The Colts have been the only team to represent the South division in the Super Bowl. 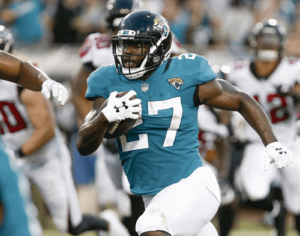 Before the existence of the South division, the Jaguars were in the Central division. They’ve won the division title two times in a row – in 1998 and 1999. Currently, they should be able to leverage their elite defense and offense to take them to the top half of the division. Their defense in 2017 was considered the best in NFL. Unfortunately, they lost out the AFC Championship to the New England Patriots. 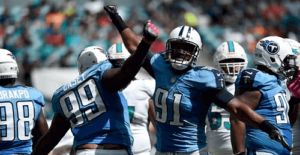 Once based in Houston as the Oilers, the Titans played in the AFC Central division until the formation of the South division. They’ve won nine division titles and one AFC Championship. The Titans have a strong defense but it will be quarterback Marcus Mariota who will make or break the season for his team.

Read more on the teams in the AFC South division:

Generally, the division is the battle ground for the Houston Texans and Indianapolis Colts. Major sportsbooks singled out the Texans as the favorites to win the division. Meanwhile the Colts were pegged to come second.